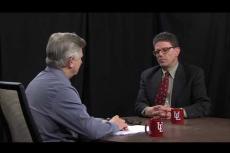 Every episode, we bring you one of our fascinating faculties and researchers to talk about how they are making a difference in the Acadiana community and the Southern region.

A native of New Iberia, Louisiana, Blanco earned a bachelor's degree in business education from UL Lafayette, then the University of Southwestern Louisiana, in 1964. 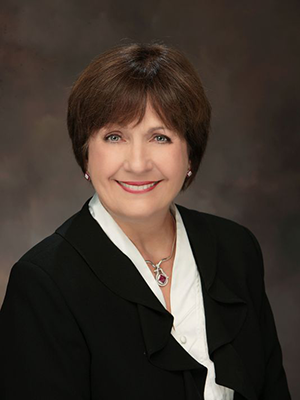 Blanco began her career as a teacher at Breaux Bridge High School. In 1984, she became the first woman from Lafayette Parish ever elected to the state legislature. In 1986, she became the first woman elected to the Louisiana Public Service Commission, and was its chair in 1993 and 1994. Beginning in 1996, she served two terms as lieutenant governor of Louisiana. She was re-elected by an overwhelming eighty percent of the state’s electorate. As the state’s second-highest official, she directly supervised the Department of Culture, Recreation and Tourism, which encompassed the Offices of State Parks, State Museums, State Libraries, Cultural Development and Tourism. Through the park system, she was successful in launching the Audubon Golf Trail. She also administered the Louisiana Serve Commission and the Louisiana Retirement Development Commission. Under her leadership, there was a $2.5 billion increase in the tourism industry's economic contribution to the state and the creation of 21,000 new tourism-related jobs.

Elected as Louisiana’s first woman governor in 2004, Blanco’s administration was committed to raising the standards of education in the state. She chaired the Southern Regional Education Board and made Louisiana a leader in improved educational standards throughout the South. Blanco also led one of the most aggressive economic development efforts in state history, making significant investments in the advanced technology infrastructure needed to diversify Louisiana’s economy as well as in the highway, port, and infrastructure improvements needed to increase Louisiana’s ability to compete for new jobs. In all she attracted nearly $24 billion in new investments, representing nearly 35,000 new jobs in just three years. In addition she was responsible for the expansion of access to health insurance for Louisiana’s children, and created a nationally recognized model of excellence in juvenile justice by overhauling Louisiana’s state corrections system.

In 2005 Governor Blanco led Louisiana through Hurricane Katrina and its aftermath, the largest natural disaster in American history. Because she had revamped the evacuation plan for the state to feature contraflow on the interstate system, many lives were saved and more than 1.3 million people were moved to safety. She commanded more troops than any governor in U.S. history, deploying tens of thousands of National Guardsmen to storm-impacted areas across south Louisiana. She led a 10-month fight to secure the additional funding needed from Congress to help rebuild the more than 200,000 destroyed homes in Louisiana. And under her leadership and guidance, well over $2 billion in recovery dollars helped local communities recover. Blanco also established the Coastal Protection and Restoration Authority and led the fight to secure America’s wetlands, Louisiana’s natural barrier against future storms. During her gubernatorial tenure, Blanco served on the National Governors Association’s Center for Best Practices board as well as on two NGA committees: Natural Resources; and Education, Early Childhood, and Workforce.

Since retiring from public office, she has served on a wide variety of boards and committees devoted to improving the lives of Louisiana residents and furthering the values of education, health care and eliminating poverty.